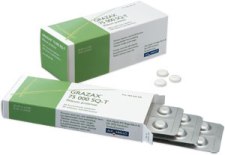 Pfaar O, Klimek L. Efficacy and safety of specific immunotherapy with a high-dose sublingual grass pollen preparation: a double-blind, placebo-controlled trial.
Ann Allergy Asthma Immunol. 2008 Mar;100(3):256-63.
BACKGROUND: Sublingual immunotherapy (SLIT) is increasingly being used for the treatment of allergic rhinitis, but there are conflicting study results demonstrating clinically relevant efficacy. OBJECTIVE: To show clinical efficacy and safety of a new high-dose grass pollen preparation for SLIT. METHODS: In a 2-year, double-blind, placebo-controlled trial, 185 subjects with rhinitis or rhinoconjunctivitis, with or without asthma, were treated with a recently developed, high-dose, 6-grass pollen mixture for SLIT once daily. RESULTS: The primary end point, a combined symptom-medication score, showed almost no change in the placebo group during a 42-day evaluation period in the grass pollen season from 2003 to 2005, whereas active treatment was associated with a significant and clinically relevant improvement (full analysis set, P = .01; main data set, P = .002). The effect was irrespective of asthma diagnosis. Allergen-specific IgE showed no difference in both groups, and specific IgG4 and IgG1 increased with active treatment in the first and second study years compared with placebo, clearly indicating the immunogenic effect of the active treatment. The SLIT was well tolerated. No serious adverse drug reactions occurred. CONCLUSIONS: High-dose, sublingual, specific immunotherapy with an extract of a 6-grass pollen mixture showed a significant and clinically relevant improvement in subjects with grass pollen-associated rhinitis or rhinoconjunctivitis, with or without asthma. The treatment with the sublingual solution was well tolerated.

Cox L. Sublingual immunotherapy and allergic rhinitis.
Curr Allergy Asthma Rep. 2008 Apr;8(2):102-10.
This paper reviews the safety and efficacy of sublingual immunotherapy (SLIT) in the treatment of allergic rhinitis. The literature from 1986 through 2007 shows approximately a 6000-fold range in doses found to be effective with SLIT. However, recent studies in large patient populations have demonstrated a clear dose response with an effective dose range that appears to be equivalent to one to two times the monthly subcutaneous immunotherapy dose administered daily or weekly (ie, 15 to 30 microg of major allergen). Further study is needed to establish the optimal dose and dosing schedule for each formulation. Local reactions (eg, oral itchiness) are common, and serious adverse reactions, although rare, have been reported. Cost-effective analysis cannot be made until the effective dose is established. SLIT appears to be a promising treatment for allergic rhinitis, but it is currently considered investigational in the United States until a formulation approved by the US Food and Drug Administration is available.

View all posts by Doc