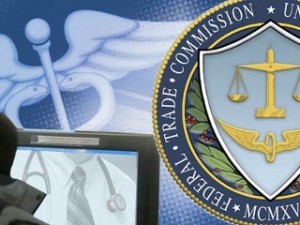 The Federal Trade Commission today announced 11 law enforcement actions challenging deceptive advertising of bogus cancer cures. The FTC charged the companies with making unsupported claims that their products cured or treated one or more types of cancer. In each case, the company is charged with violating the FTC Act, which bars deceptive claims. Some complaints allege that the companies also falsely touted clinical or scientific proof for their products.

“There is no credible scientific evidence that any of the products marketed by these companies can prevent, cure, or treat cancer of any kind,” said Lydia Parnes, Director of the FTC’s Bureau of Consumer Protection.

Of the 11 complaints the FTC announced today, six have been resolved by proposed settlements; the rest will be litigated. In all cases, the companies will be required to notify consumers who purchased the products challenged in the complaints that there was little or no scientific evidence demonstrating the products’ effectiveness for treating or curing cancer. They also must urge these customers to consult with their doctors about the products. In addition, the companies will be prohibited from selling or disclosing their consumer lists to others. The products the companies marketed include essiac teas and other herbal mixtures, laetrile, black salve (a corrosive ointment), and mushroom extracts.

“Many of these products are scams,” Parnes said, “and let’s face it, when you’re battling cancer, the last thing you need is a scam. The best idea is to talk to your doctor about any treatment that you are thinking about taking.”

The FTC also announced a new Web site about bogus cancer cures. The site – www.ftc.gov/curious – tells consumers how to spot and report bogus claims they see online, and urges people with cancer to talk to their treatment team about any products they’d like to try.
The site features a video and includes a list of resources on cancer treatments from a variety of agencies within the federal government. Information is provided in English and Spanish.
The cases announced today began through an Internet surf conducted by the FTC, the U.S. Food and Drug Administration (FDA), and Competition Bureau Canada in June 2007. Following the surf, the FTC sent warning letters via e-mail to 112 Web sites between August 2007 and January 2008. Of these, nearly 30 percent either closed their sites or removed the problematic cancer treatment claims. The remainder were reviewed to determine whether a law enforcement action was warranted or whether they should be referred to the FDA or the Competition Bureau.

The FDA sent warning letters to 23 U.S. companies and two foreign individuals. The warning letters stated that because the marketed products claimed to cure, treat, mitigate, or prevent cancer, and because they are not proven to be safe and effective for their labeled use, they are unapproved new drugs marketed in violation of the federal Food, Drug, and Cosmetic Act. The Competition Bureau sent warning letters to Canadian companies that were selling fraudulent cancer cures online. Almost all the companies have adequately corrected their marketing materials, and the bureau will take additional enforcement actions to ensure compliance by the rest.

Administrative Cases. The FTC sued five companies. The cases will be tried before an administrative law judge at the Commission. In each case, the Commission seeks an order prohibiting the respondents from representing that their products prevent, treat, or cure any type of cancer unless the representation is true, non-misleading, and supported by competent and reliable scientific evidence. The FTC also will seek orders prohibiting the respondents from making representations about any health-related products without competent and reliable scientific evidence.

Alexander Heckman d/b/a Omega Supply – Among the products this company marketed are laetrile, which can cause cyanide poisoning when taken orally at high doses; hydrazine sulphate, which is classified by the U.S. Department of Health and Human Services as a potential carcinogen; and cloracesium, which contains celsium chloride. According to the complaint, in addition to making deceptive and false claims that these products are safe and that they effectively prevent, treat, and cure cancer, the respondents also made false claims that the products are scientifically proven to work.

Native Essence Herb Company – The products marketed by this company include herbal concoctions (Rene Caisse essiac tea blend and cat’s claw), the herb chaparral, and maitake mushrooms extracts. In 1992, the FDA classified chaparral as unsafe because of its “association with acute toxic hepatitis.” According to the complaint, the respondents made deceptive and false claims that these products are effective for treating and curing a variety of cancers, eliminating or shrinking tumors, and for preventing breast cancer.

Daniel Chapter One – This company markets several herbal formulations as well as shark cartilage. According to the complaint, in addition to making deceptive and false claims that these products effectively prevent, treat, and cure cancer, the respondents also claim that one of their herbal formulations mitigates the side effects of radiation and chemotherapy. In addition to the FTC action announced today, this company received a warning letter from FDA.

Gemtronics, Inc. – This company markets a product called RAAX11, which is made of chrysobalanus icaco, a derivative from a tropical bush, and agaricus, a medicinal mushroom.
According to the complaint, in addition to making deceptive and false claims that these products effectively prevent, treat, and cure cancer, the respondents also made false claims that these products were scientifically proven to work. In addition to the FTC action announced today, this company received a warning letter from FDA.

Mary T. Spohn d/b/a Herbs for Cancer – Spohn sold Chinese herbal teas in varying formulations. According to the company’s advertisements, these teas were formulated to fight 16 different types of cancer. A seventeenth type [of blended tea] is represented as a “special formula” for “cancers not on our list.” According to the complaint, in addition to making deceptive and false claims that these formulations effectively treat and cure cancer, the respondents also claim that some of them are scientifically proven to work. In addition to the FTC action announced today, this company received a warning letter from FDA.

Proposed Settlements. The defendants and respondents in the six proposed settlement cases are barred from representing that their products prevent, treat, or cure any type of cancer unless the representation is true, non-misleading, and supported by competent and reliable scientific evidence. They also are barred from making representations about any other health-related products without competent and scientific evidence. Each proposed settlement also contains various monitoring, recordkeeping, and reporting provisions to ensure compliance.

Three of the proposed settlements will be filed in federal district court:

Nu-Gen Nutrition, Inc. – The defendants marketed cantron, an electrolyte liquid, and apricot seeds containing laetrile as treatments and cures for various types of cancer. Based on the amount of sales of these products, the company and its principal have agreed to pay a judgment of $830,434, all but $246,000 of which is suspended based on the defendants’ inability to pay. If it is determined that the financial information given to the FTC was untruthful, then the full amount of the judgement will become automatically due. This case was filed today in the U.S. District Court for the Northern District of Illinois, Eastern Division. This company also received a warning letter from FDA.

Westberry Enterprises, Inc. – Claiming that their products could treat and cure various types of cancer, the defendants marketed herbal tea containing burdock root, sheep sorrel, slippery elm bark, and Turkish rhubarb root; melatonin; a woody vine found in the jungles of Latin America that is known as cat’s claw; saltwater blue-green algae; and a mixture of roots,
leaves, and barks from various plants. Based on the amount of sales of these products, the company and its principal have agreed to pay a judgment of $225,000; all but $15,000 of which is suspended based on the defendants’ inability to pay. If it is determined that the financial information given to the FTC was untruthful, then the full amount of the judgement will become automatically due. This case was filed today in the U.S. District Court for the Western District of Louisiana, Alexandria Division. This company also received a warning letter from FDA.

Jim Clark’s All Natural Cancer Therapy – Claiming that their metabolic therapy products could prevent, treat, and cure various types of cancer, the defendants marketed laetrile, apricot seeds, digestive enzymes, okra-pepsin-E3, and coral calcium. The two individual defendants –
James Franklin Clark and Carrie Ann Hatcher – have agreed to pay separate amounts. Clark has agreed to pay $353,702, all but $25,000 of which was suspended because of his inability to pay. Hatcher has agreed to pay $207,676, all of which was suspended because of her inability to pay. If it is determined that the financial information provided to the FTC was untruthful, then the full amount of the judgments will become automatically due. This case was filed today in the U.S. District Court for the Western District of Kentucky.

The FTC has issued administrative complaints for the remaining proposed settlement cases, which involved smaller sales volumes than the federal district court settlements. Violating an administrative order can result in a civil penalty of up to $11,000 per violation.

Bioque Technologies, Inc. – The respondents marketed an extract from the soursop or guanabana tropical fruit tree and claimed in their advertisements that it could prevent and treat melanoma. They also represented that the product, called Serum GV, was clinically proven to do these things. Under the proposed agreement, the respondents are required to pay the full amount of Serum GV sales, $9,035.85, in consumer redress.

Holly A. Bacon d/b/a Cleansing Time Pro – The respondent marketed a corrosive product called black salve, in both ointment and tablet form. Black salve has been reported to cause severe burns and permanent scarring at high concentrations. Claiming in advertisements that either formulation could prevent, treat, and cure various types of cancer, individual respondent
Holly A. Bacon represented herself as a satisfied user of the product without disclosing that she was the owner of the company. She also represented that black salve was effective at preventing, treating, and curing numerous viral infections, including HIV, SARS, and Avian Flu.

Premium-essiac-tea-4less – The respondent marketed an herbal remedy known as essiac tea. According to the complaint, the respondents’ advertisements recommended “a daily intake based on whether the consumer is well, sick with cancer or another disease, trying to prevent a relapse of cancer or another disease, or currently undergoing chemotherapy or radiation.” The FTC complaint challenged the respondent’s claim that its essiac tea product was an effective treatment for cancer, AIDS, ulcers, hepatitis C; and many other diseases.

The Commission vote authorizing the issuance or filing of the 11 complaints and agreed-upon final orders was 4-0. The three federal district court proposed settlements were filed on September 18, 2008.

NOTE: The Commission files a complaint when it has “reason to believe” that the law has been or is being violated, and it appears to the Commission that a proceeding is in the public interest.
The complaint is not a finding or ruling that the defendant or respondent has actually violated the
law. The stipulated final order is for settlement purposes only and does not constitute an admission by the defendants of a law violation. A stipulated final order requires approval by the court and has the force of law when signed by the judge.

The administrative consent orders will be subject to public comment for 30 days, beginning today and continuing through October 17, 2008, after which the Commission will consider whether to make them final. Comments should be sent to: FTC Office of the Secretary, 600 Pennsylvania Ave., N.W., Washington, DC 20580.

The Federal Trade Commission works for consumers to prevent fraudulent, deceptive, and unfair business practices and to provide information to help spot, stop, and avoid them. To file a complaint in English or Spanish, visit the FTC’s online Complaint Assistant or call 1-877-FTC-HELP (1-877-382-4357). The FTC enters complaints into Consumer Sentinel, a secure, online database available to more than 1,500 civil and criminal law enforcement agencies in the U.S. and abroad. The FTC’s Web site provides free information on a variety of consumer topics.

View all posts by Doc